After reports in the Sunday papers, late yesterday afternoon the Ministry of Housing published its long-awaited consultation paper on "Overcoming Barriers to Longer Tenancies in the Private Rented Sector".

It allows us a moment to celebrate the first success of the End Unfair Evictions campaign: an acceptance by the government that private tenancy law is failing England's tenants - just as our petition passes 40,000 signatures.

Leaving the detail of the policy to one side for now, it is significantly the first time the government has considered a change to tenancy law. Up to now ministers have been talking of merely "encouraging" landlords to offer better terms - while most landlords might do this, a lot of tenants would get no benefit. We have been arguing that we need full reform and, while incentives are still an option, mandatory reform is now on the table.

So what is the government proposing? The consultation sets out a model tenancy (pages 18-20), essentially a longer version of the one published in 2014:

The government is considering whether to make this model tenancy mandatory, use financial incentives to encourage landlords to adopt it, or simply rely on education! It is also asking for views about exemptions for students and short term lets.

The model tenancy is pretty close to what Ed Miliband proposed in 2014, and was in the Labour party's manifesto last year (Jeremy Corbyn has since backed abolition of Section 21). Clearly a bittersweet moment for the former Labour leader, whose policies the government derided initially but has been adopting one by one: 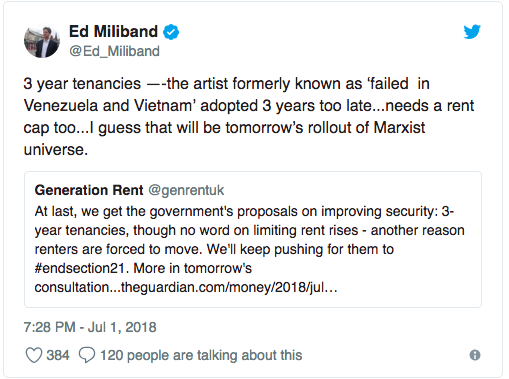 Our campaign partners, the London Renters Union, have called the proposal "cosmetic" and are spot on. Three years is meaningless if landlords can still tear up the tenancy if they want to move back in or sell up with no protection for the tenant.

The only extra protections it delivers are from unaffordable rent hikes and eviction if you make a complaint - and that assumes that the model is designed robustly so that tenants aren't pressured into signing up for excessive annual rent increases, and that landlords cannot abuse their "selling up" ground. Even then, at the end of the tenancy, tenants could be evicted from a home of three years with no reason and only two months' notice.

Most landlords value long-term tenants so this reform should merely formalise common practice, but by including an escape hatch for amateurs (63% of evictions arise from the landlord selling or moving back in) it does nothing to raise standards, and retains that fundamental uncertainty for all tenants.

Despite the government obvious efforts to maximise support from landlords, the National Landlord Association has claimed that there simply isn't the demand for reform - their own tenant survey suggests 40% want a longer tenancy and 40% are happy with the term they have.

They're asking the wrong question, of course. For a start, when you say "longer tenancy" without explaining the break clause the government has devised, tenants will think that they'd be locked in. When you decide to take a place that you've viewed for all of 10 minutes, you'd be a bit worried about committing your next 36 rent payments to a property that might quickly transform into a hellhole. So take the NLA's protests with a pinch of salt.

Flexibility for the tenant is crucial - few of us know exactly how the next three years will pan out in terms of relationships, family, and work. But what most tenants crave, regardless of their long term plans, is not an arbitrary period of certainty, but the knowledge that if they meet their obligations they can stay for as long as they want. That's why we have been calling for an end to Section 21 - by removing the right of landlords to evict on a whim, tenants would have indefinite tenancies by default.

We will continue to call for the abolition of Section 21 in our response to the consultation. We all want the private rental market to be more professional, so it should not be acceptable for a family to lose their home just because the landlord wants to sell it or move back in. If that's the case, there's nothing stopping the landlord from selling a tenanted property or renting somewhere else.

Some other points we will be making are:

These proposals are nowhere near good enough and that's frustrating, but we now have two months to make our case to the government. Ministers have shifted their views significantly thanks to our campaigning - two years ago they barely recognised the insecurity of renting as a problem. So clearly we're on the right track to get a better deal for renters - we just need to keep pushing.

Read and respond to the proposals 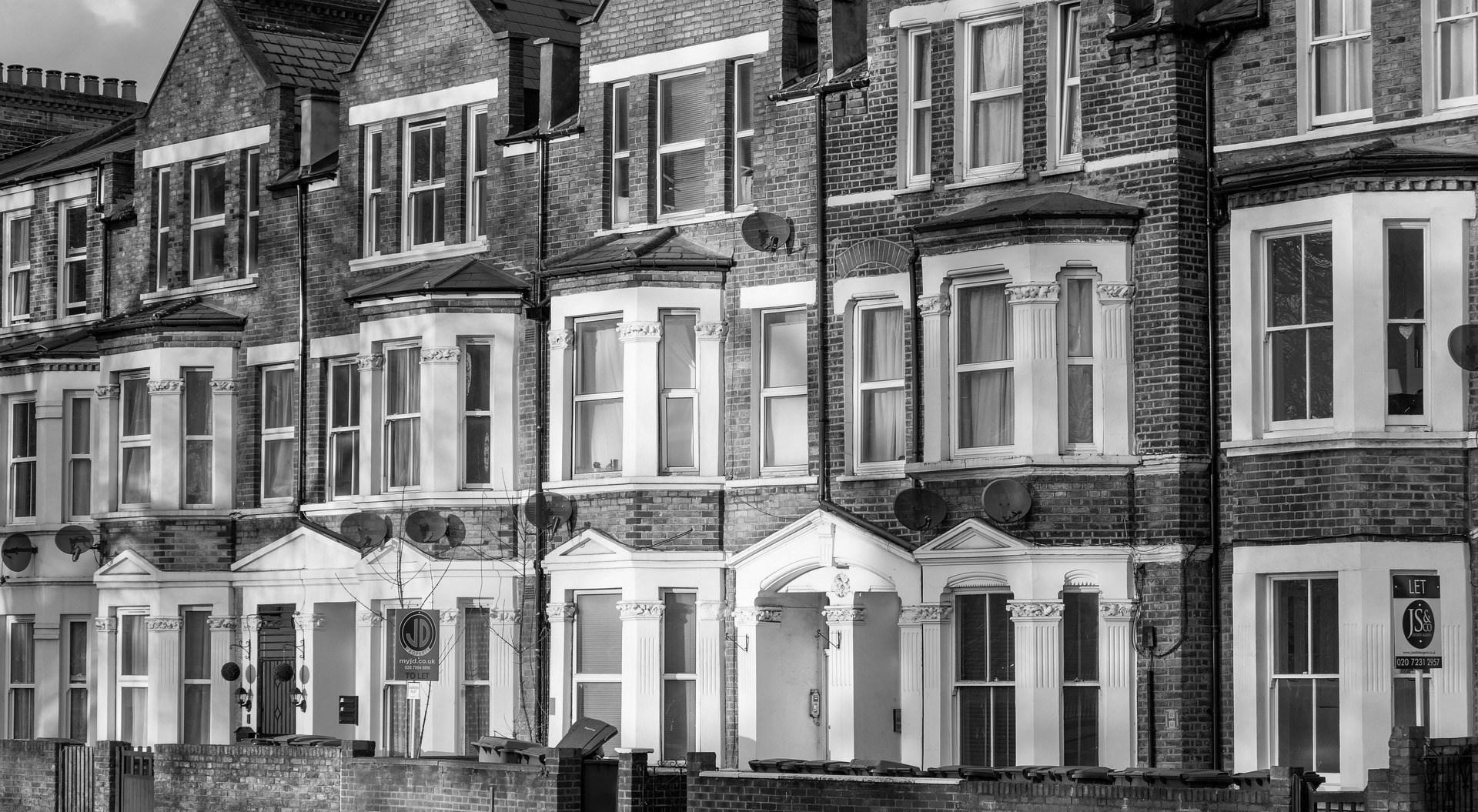 ‘Renters, Labour has your back.’ Really?