Having recently finished the LPC Josie is a volunteer in the law centre’s housing department. She is also a yoga teacher exploring how to make yoga accessible to vulnerable and marginalised groups.

The lettings industry has long been described as akin to the ‘Wild West’[1]. As gatekeepers to the private rental market with minimal restrictions, lettings agents have long exploited their position and capitalised on tenants’ desperation to find a place to live in an oversaturated market. There have been widespread complaints that many agents fail to supply an adequate basic service to renters, charging obscene amounts of money for terrible service.

The Tenant Fees Act which comes into effect this month means these random charges are no longer legal. Tenants can only be charged for rent, deposit (limited to a maximum of five weeks rent), a change of contract fee (like adding a new housemate), ending the tenancy early, lost keys and interest on late rent. Renters can say goodbye to the plethora of weird and wonderful, unrestricted additional costs lettings agents have been charging, from £45 for a new dustpan and brush to £100 for cobweb removal.

Described as a game changer for the private rental sector, this is a huge win for housing campaigners. The unglamourous task of showing up again and again to speak truth to power is not easy.

But we know there is still work to do.

Georgie Laming, Campaigns Lead at Generation Rent said: “Whilst it’s clear that the Tenant Fees Act is a brilliant victory for renters, we need better enforcement of the law if it is to work properly”.

Some agencies are already charging monthly payments under ‘no deposit’ schemes and putting up rents to cover their losses.

Housing campaign groups on the ground are keeping up the pressure. Kat Wright from Manchester’s ACORN community and tenants’ union said: “On June 1st ACORN branches across the country took part in a national day of action to mark the end of letting fees. In Manchester we visited over 30 estate agents across the city, putting them on notice about the legal change and reminding them that we’d be watching. In Scotland many agencies attempted to charge fees after the legal change there and we wanted to ensure agents knew that we’d be on the look-out for anything similar in Manchester.

“We found out that 200 agencies across Manchester met up the week prior to the ban and discussed the change in legislation, talking about raising rent and finding loopholes. We also went into one agency and caught them as they were calculating how much they were going to raise the rent on one of their properties (4% a month) to make up for the loss in revenue. The recent legislation change is amazing news and will make finding a decent home easier but we need to keep fighting for further protections for renters. Estate agents are organised so we need to be too.” 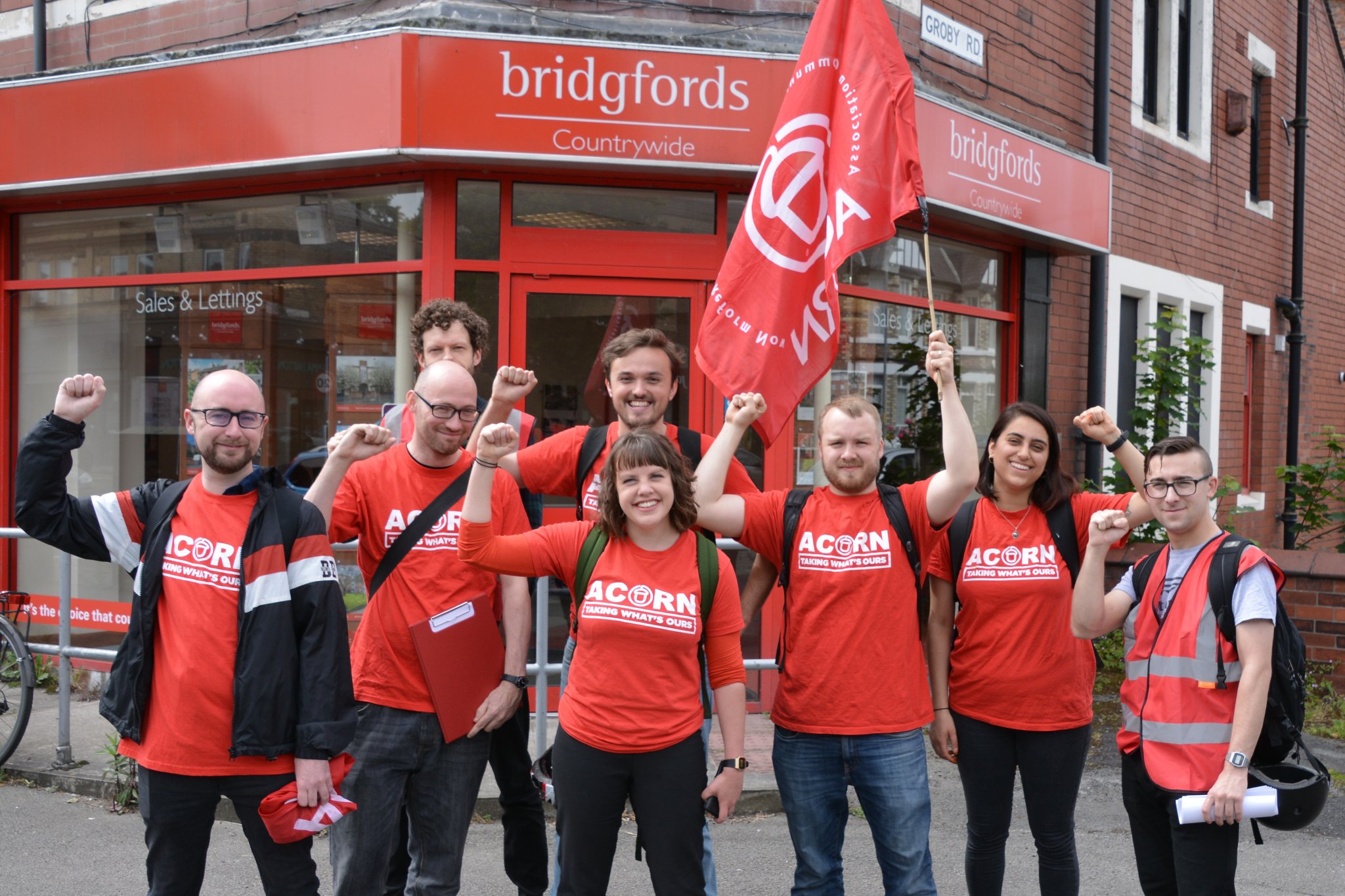 And so we must press on. The long-walked road of campaigning for justice has always been about that ordinary, committed group of citizens coming together to change the world. Celebrating the wins together, then continuing to put one foot in front of the other toward truth, equality and justice.

This article originally appeared on GMLC