The recent confrontation between Boris Johnson’s government at Westminster and Greater Manchester mayor Andy Burnham was something we hadn’t seen for many years: a bona fide showdown between central and local government. Given the punishment to which Labour councils have been subjected for the last decade, perhaps the only real surprise is that it took this long.

Burnham, of course, appealed last week to local government secretary Robert Jenrick for £65m to help Greater Manchester cushion the economic blow of entering Tier 3 coronavirus restrictions, only for Jenrick to offer no more than £60m. Local leaders had calculated that they would actually need £90m but, recognising they weren’t going to get it from Johnson, had already reconciled themselves to sourcing the remainder elsewhere.

When Burnham refused to capitulate by the government’s chosen deadline of midday last Tuesday, it seemed that no more than £22m was to be provided to support Greater Manchester through the coming months of tighter restrictions. Johnson was forced to clarify subsequently that the £60m would still be made available to the city region, but distributed via its individual local authorities rather than under Burnham’s auspices.

On the face of it, the government’s conduct – compounded by its subsequent refusal to provide free school meals over the school holidays – seems wanton. Considering the extraordinary amounts of government cash sprayed at private contractors since the onset of the pandemic, it’s a bit late for Johnson to bang the drum for fiscal rectitude. Serco’s £12bn test and trace system has been an unmitigated disaster; some local councils have taken matters into their own hands, delivering better results at a fraction of the cost.

Jenrick, for his part, is best known (there are no other notable achievements to his name) for helping Tory donor Richard Desmond deny Labour-run Tower Hamlets, one of Britain’s poorest boroughs, tens of millions of pounds in tax. The idea that an extra £5m, the sort of sum which would be barely noticeable if it were merely a government accounting error, for Greater Manchester represents an unconscionable extravagance is therefore clearly absurd.

Obviously, after the last decade of disproportionate cuts to Labour councils’ Whitehall grants (with all that entails), we wouldn’t expect sympathy from the Tories – even amid a deadly pandemic which has already taken tens of thousands of lives. But taking a purely cynical, realpolitik view, that decade of cuts to Labour councils has served its intended purpose for the Tories. Labour councils, as George Osborne fully intended, were disproportionately targeted and left to take the flak for what followed.

It has to be said, though, that a lot of Labour-run local authorities have done themselves few favours. Rather than relentlessly highlighting the spiteful and selective nature of Tory cuts imposed on local government and demanding urgent redress, some Labour council leaders have instead spent the last few years congratulating themselves for ameliorating those cuts or freezing council tax, when the inevitable signs of neglect (of local services, of the civic realm and of disadvantaged residents themselves) were all too obvious.

Indeed, Manchester itself has adjusted itself to the new dispensation with gusto, serving as a standard-bearer for municipal neoliberalism. As Grace Blakeley has pointed out, in recent years the city region has been a poster child for the Tories’ ‘Northern Powerhouse’ wheeze; Manchester’s former chief executive, Howard Bernstein, was lavished with praise upon his retirement by none other than George Osborne – the man who did so much damage to Labour councils and, more importantly, those reliant on support from them.

The result has been a breakneck property boom, putting ever larger areas of Manchester beyond the reach of more and more working-class people. While some local authorities in the city region have taken a more progressive approach – Labour’s left-led council in Salford, for example, has built the city’s first council houses since the 1980s – their ability to mitigate the impact of the speculative feeding frenzy gripping the wider conurbation is tightly circumscribed, by the conscious design of central government.

Manchester’s own city council, on the other hand, remains firmly in the hands of the unreconstructed Blairite Labour right, the Corbyn years having done little to disturb its entrenched machine. Nor is Andy Burnham himself any great radical. All of this makes Manchester an unlikely site of municipal resistance. But to his credit, Burnham has shown a willingness to fight which has been all too notable by its general absence of late, earning him some wistful glances from demoralised Labour leftists.

The fact that it’s Greater Manchester, of all places, that’s finally been pushed to breaking point is indicative of the sheer intransigence of the Tories towards its opponents in local government. It turns out that even Labour councils which prove themselves otherwise more than willing to play by the rules are still at the mercy of a Tory government – ultimately dominated, for all its populist posturing, by the Home Counties-bred born-to-rule – that simply cannot tolerate any backchat from the provinces.

What this episode is also revealing about is the way the British state relates to its periphery. As if to prove Tom Hazeldine’s argument in The Northern Question, the Treasury finally lurched into action to offer extra financial support to areas under Tier 2 restrictions once these affected London. An incredulous Burnham could only complain that his own patch had already been under similar restrictions for weeks, to Treasury indifference. Now some wonder if we could be looking not just at the break-up of Britain but the break-up of England.

Eye-catching banners aside, this remains a remote prospect. There is little popular interest in regional devolution to the North, let alone anything more ambitious. It is an interesting development, though, that the North’s directly-elected mayors and combined authorities – the introduction of which was intended to grease the wheels of neoliberalism, not to spark any renaissance of local democracy – are beginning to provide a distinct regional voice otherwise lacking. All this may yet prove to be conducive to demands for more.

While it was far from the leading factor behind last December’s general election result, the Tories were able to exploit the discontent towards Labour councils. They will now try to persuade their support in Greater Manchester (where they hold nine out of 27 parliamentary seats) that Burnham and his Labour colleagues are out to wreck the government’s Covid response. Such tactics have a long pedigree, and mobilising suburban resentment towards troublemaking left-wing Labour councils proved electorally potent for the right in the 1980s.

All of this raises questions about how the socialist left responds. The new-found assertiveness of local Labour leaders is welcome, as is the commitment of nearly 40 Labour councils to supply free school meals where the government has refused (though even a handful of Tory-run councils have been forced to step in). Yet the need for more fundamental changes in local government remains. One of the major disappointments of Corbynism was that it failed to make much headway on Labour councils, outside a handful of areas.

For some activists on the Labour left, municipal politics may now offer a constructive outlet and an opportunity to play a useful political role by using town halls as a base for action and agitation, linking up with trade unions, tenants’ unions, social movements and other campaigns. While Momentum has already launched its future councillors programme to recruit and train potential candidates, any municipal turn would need to be well resourced, carefully co-ordinated and informed by a clear local socialist strategy.

If Labour leftists do make this municipal turn, they should expect to meet opposition from the party leadership under Keir Starmer, to whom right-wing Labour councillors will look for protection from the left, as they did with Neil Kinnock three decades ago. For instance, when Labour members in Haringey mobilised to remove the council’s old Blairite leadership in 2017, Jeremy Corbyn refused to intervene and instead let local party democracy take its course. It is hard to imagine Starmer doing the same.

Complicating matters further, it’s not clear what will be left of local democracy a few years from now, or what any future left-wing Labour councils might be able to achieve in office. The Tories are reportedly planning large-scale reforms to local government, including replacing district councils with unitary authorities under elected mayors. Meanwhile, Robert Jenrick’s overhaul of planning law, designed to weaken local authority planning committees while empowering private developers, has even antagonised some Tory council leaders.

Nevertheless, the face-off in Greater Manchester is likely to presage more such disputes amid the coming crisis, as this manifests itself in the form of job losses, evictions, parents struggling to feed their children, and various other serious hardships. The immediate task facing socialists in local politics now, therefore, isn’t just to lobby for a fairer deal from the centre, but to organise among those who need their solidarity and support.

Tom Blackburn is a founding editor of New Socialist and a writer at Tribune Magazine. He lives in Greater Manchester. 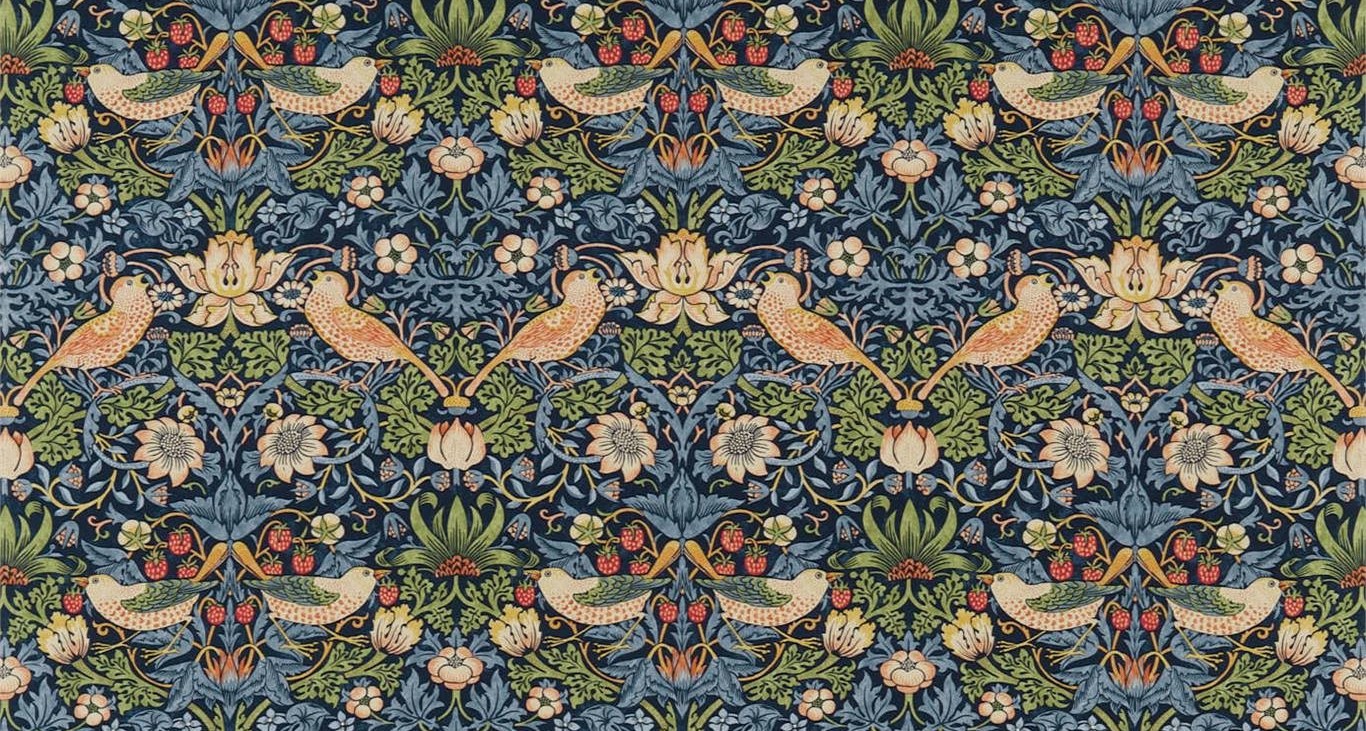 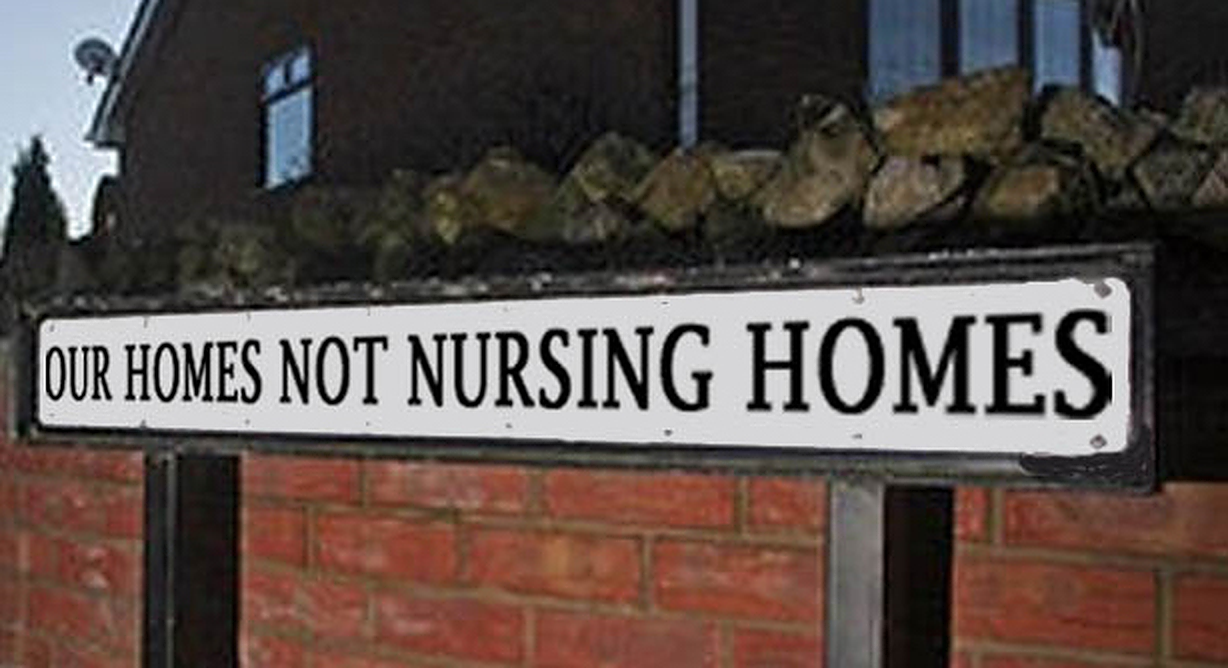 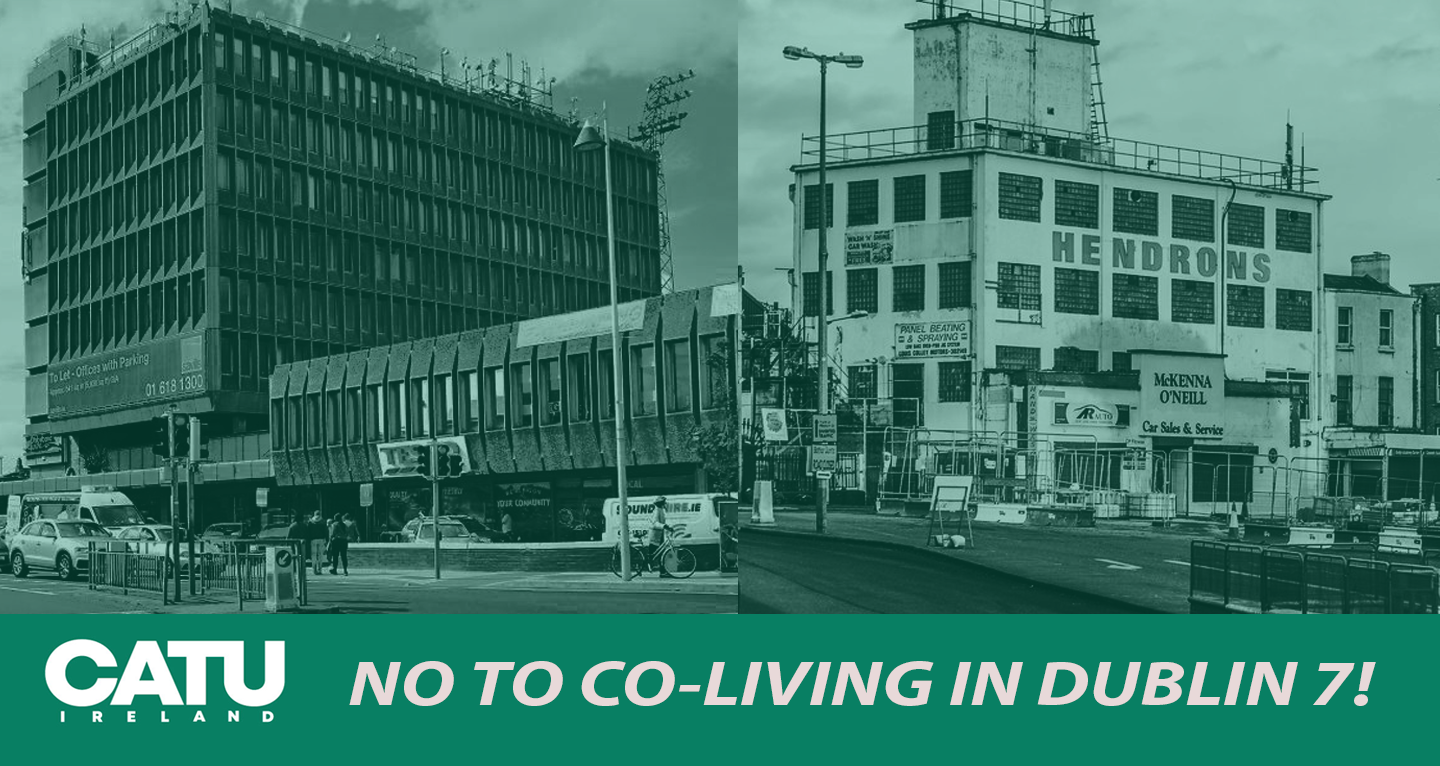 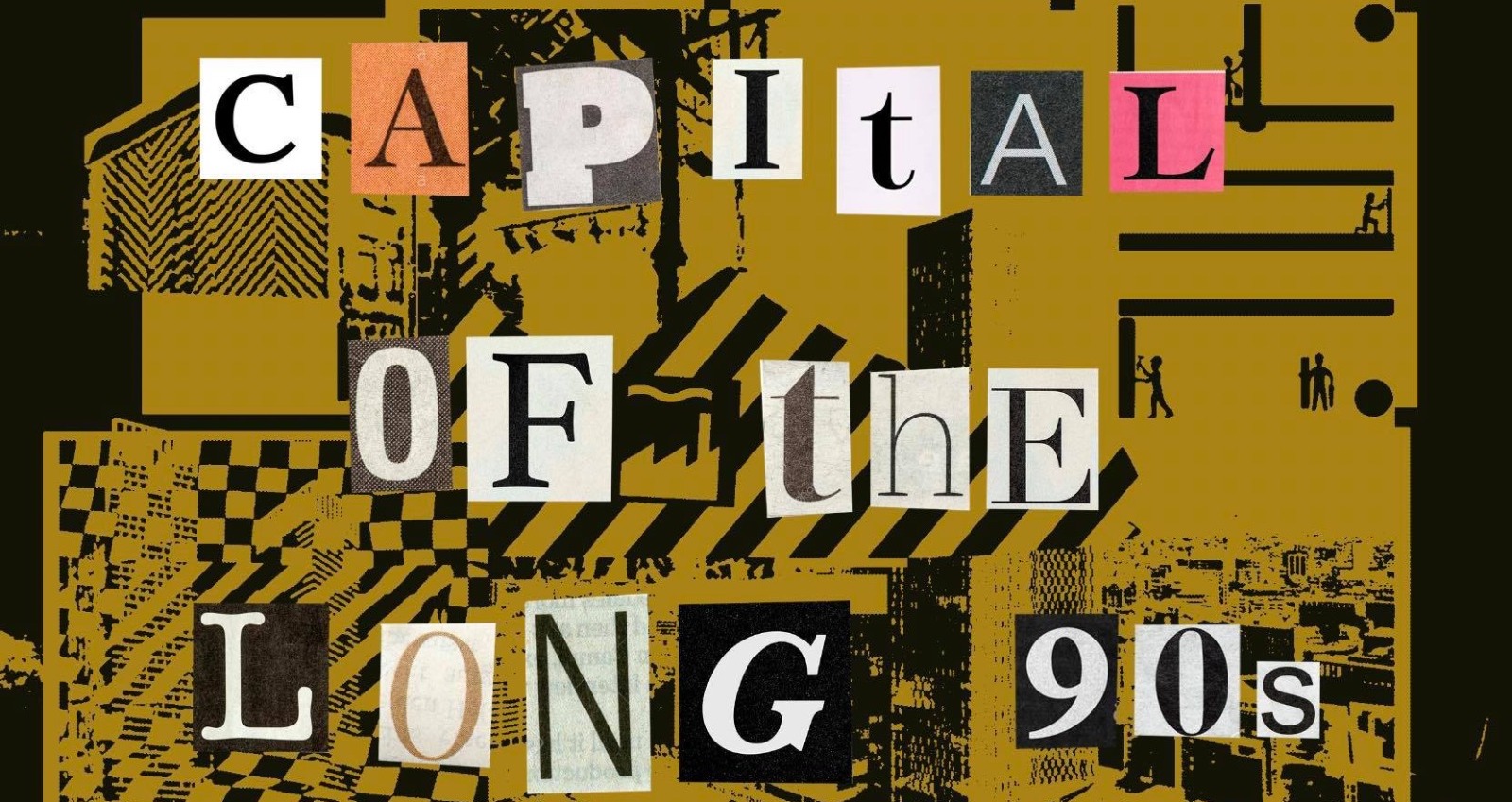 The housing crisis in Manchester, capital of the ‘long 90s’.