Manchester City Council have released a statement “A response to the Guardian’s affordable homes story” in regards to the Guardian article “Housing crisis: 15,000 new Manchester homes and not a single one ‘affordable'"

In it they state:

The problem with this is that it is an entirely false statement.

The article was not based on my academic research but an investigation by Guardian Cities as it makes clear throughout the coverage. 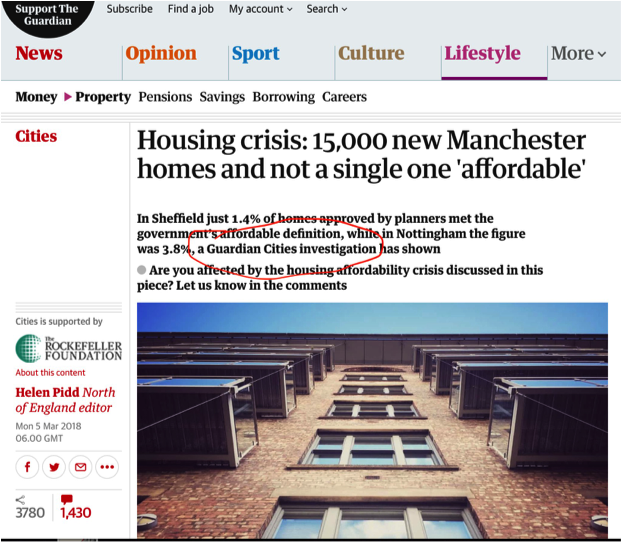 The Guardian is well able to defend itself so I would like to emphasise the geography of my study for those in the Council who have not engaged with the report. As my report states numerous times the research was focused on central Manchester (and central Salford/Salford Quays) areas defined as high density housing and understood as ‘city-regional core’. These are parts of Manchester anyone walking the city would understand as part of the expanding city-centre.The Council response confuses two, noticeably distinct research efforts, conflating the work of Helen Pidd at the Guardian and my work based out of the University of Sheffield. These two separate research processes used different data sets and different spatial boundaries. At no point has any data been shared or used across these two different investigations. While Helen Pidd makes reference to my research report it is quite clear to anyone reading the Guardian article that the newspaper undertook its own research. This basic level of misunderstanding whether wilful or by mistake is concerning and has led to attacks on my professional integrity as a researcher.

In Manchester my sample included 53 developments covering 14,781 housing units but the Council state that,

“The 'researcher' took his data from 60 applications considered at the Planning Committee during 2016 and 2017, but did not include a further 70 applications dealt with under delegated power”

Again, this is a false statement that even a cursory look at my report would make clear and suggests little attention has been give to either publication.

Various politicians have made the argument that affordable housing is being built in surrounding inner city neighbourhoods, which is correct even if it does not meet the 20 percent requirement set out in Council policy, let alone the needs of Mancunians. However, this was not the focus of my research. At no point in my report do I question whether affordable housing is being built city-wide, rather making the argument that city centre housing has been financialised, turned from homes to assets.

Questioning different geographical understandings of what constitutes a city, city-centre, city-regional core and inner-city neighbourhoods is important and does frame the conversation in different ways. However, it should not be used as a way to ignore the reality of the development of a wealthy enclave in the heart of the city, now dominated by big capital.  Rather than trying to discredit researchers and journalists perhaps an open conversation about the housing futures of the city, whether within the centre or at the city-wide scale would be a better way forward.

Focusing on the substantive issues of housing financialisation, segregation of rich and poor in the city, the failure to address concerns about transparency, affordability and the power of big capital is the important issue here. In my report I quoted the Mayor of Barcelona, Ada Colau, who cautioned,“We can’t be a global city at the expense of residents... If we let property speculation drive out our residents, we all lose out, because we lose our neighbourhoods”. I only hope such a view might be a shared starting point for constructive debate across Manchester, which was after all the purpose of the research. 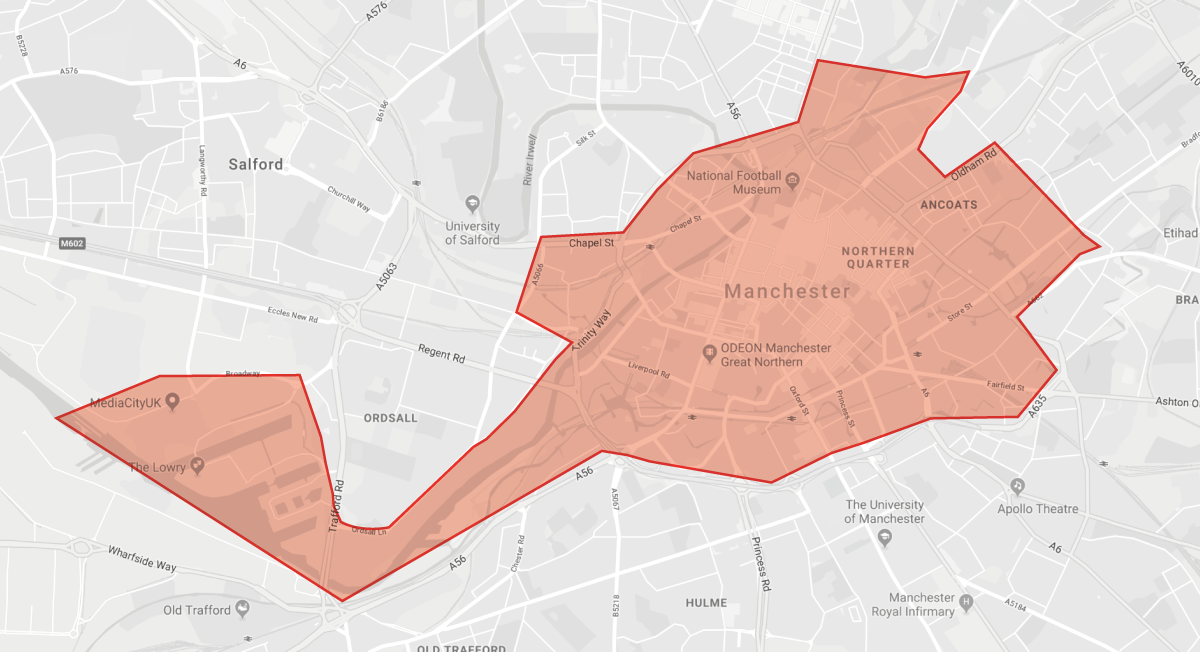 Community land trusts: the hopes and the risks